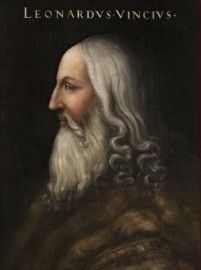 It all started with an innocent post on B39 about the similarities between the church of Saint Paul of Macau with a mysterious sketch by Leonardo Da Vinci kept at Venice’s Gallerie dell’Accademia – please, search my blog and your will find 4 articles worth reading on Leonardo Da Vinci.
That article caught the attention of Ricardo Pinto, the maverick owner of the Portuguese newspaper Ponto Final, which is published in Macau.
In the interview, which was run three weeks ago, I had mentioned a book on Leonardo which I have nearly completed. That article was read by Raquel Carvalho, a Portuguese speaking reporter with the South China Morning Post in Hong Kong and she did an interview with me which was printed on November 23rd on the South China Morning Post. Then an Italian article on the blog of Dino Messina ‘La Nostra Storia’ on Corriere della Sera added fuel to the fire.
From there it was picked up by the Daily Mail in Great Britain and soon after the floodgates were shut wide open: The Telegraph, Le Figaro, Liberation, Pravda, Die Zeit, Il Messaggero, several South American, Australian, Turkish, Indian, Pakistani and Chinese newspapers run the same story. Bloggers in China and Taiwan had field days, particularly on December 3rd, with 4.5 million openings and 180.000 comments.
Tomorrow morning 5 December I’ll be at the BBC with Rico Hizon, broadcasting from Singapore, I have received an offer for documentary from Australia.

Well, now speaking about my book I can say that is nearly ready and that I have a sort of agreement with a Chinese publisher, not yet finalized, and I’ll have to translated it from English into Chinese but I am still looking for a serious publisher in Great Britain, or the USA and Australia. If you are interested in it, please, just send me an email and I’ll consider it.

6 December. I have received an offer from a serious English publisher…

Un commento su “What a ride! Posts about China & Leonardo cause a storm.”